Mouser asked celebrity engineer Grant Imahara to help its team reach out to engineers around the world; now it’s built a worldwide engineering community on its site.

We want the engineer who once built a fighting robot named Deathblow on our team.

We guess that many within Mouser Electronics feel the same. The distributor announced its partnership with celebrity engineer Grant Imahara at electronica in 2014, and launched the Empowering Innovation Together campaign in 2015; since then it has built an online community of engineers who eagerly await the release of the next application-focused series.

The program allows engineers to engage with Imahara through a variety of topics and challenges that question and defy innovation in the pursuit of new ideas. Mouser believed Imahara, best known for his role on the television series Mythbusters, understood the frustrations and inspirations that make engineers challenge themselves to design the next great thing.

“We were looking for a way to reach out to the younger engineers, under 30, and even those at universities,” said Kevin Hess, vice president of marketing, Mouser Electronics. “The older engineers used to flip through I don’t know how many magazines in a week to try to figure out the latest trends and newest products, but nowadays the younger engineers really look to the web, to social media, to videos to learn.”

With Imahara, Mouser has created a series of webisode videos that feature unique content that highlights innovative, creative engineers worldwide. They offer features on the newest products and technical expertise to help speed new designs, provide both inspiration and guidance, and contribute to the culture of inventive thinking. Great technology requires collaboration, and Mouser’s Empowering Innovation Together program proactively promotes that mindset.

In the Discovery Channel’s Mythbusters, Imahara used a blend of science and fun to test hundreds of urban myths, which led him to swim with sharks, hang from a helicopter, fire cheese from a cannon into the San Francisco Bay, withstand 25 tarantulas on his head, drop a BMW from an aircraft, and slice a car in half using a rocket sled, all in the name of science.

Before becoming a Mythbuster, Grant worked in movie special effects as an animatronics engineer and modelmaker for George Lucas’ Industrial Light & Magic in Marin County, Calif., where he specialized in electronics and radio control.

“I have a knack for bending technological devices to my will,” Imahara said in an interview. “Given my background as an electrical engineer, I can usually make things work. And if not, I can pound whatever it is into tiny little pieces and destroy the evidence.”

He installed electronics in the R2-D2 units for Star Wars Episodes I and II, replacing the halogen light source and rotating color wheel with a custom microcontroller-based LED circuit. He was one of only three official R2-D2 operators in the United States.

“We wanted to make sure Mouser worked with someone who could really relate to the engineer, so it’s not going to be some kind of celebrity who doesn’t even know what a capacitor is,” said Hess.

Imahara has a Bachelor of Science degree in electrical engineering from the University of Southern California and is a senior member of the Institute of Electrical and Electronics Engineers (IEEE). His skill set includes electronics design and fabrication, machining, welding, woodworking, CAD layout, hydraulics, pneumatics, CNC programming, vacuum forming, laser cutting, modelmaking, moldmaking, and paint, making him a perfect representative of today’s engineers.

“I’ve been a Mouser customer for over 20 years,” says Imahara. “Its components have been a part of the DNA of almost all my major projects. It’s always been a great experience, so when they reached out to me with the Empowering Innovation Together campaign, I was truly excited about the opportunity.”

How Do We Empower Innovation?

“The Empowering Innovation series videos are an easy way to get caught up on technology trends, issues, and opportunities,” said Ron Demcko, AVX fellow and co-star of one of the videos in the driverless car series. “They are a fun way to get a fast snapshot of a topic and start further investigations and thoughts.”

“This is one more way that Mouser is connecting to engineers through innovation and creativity that defines engineering design,” says Glenn Smith, Mouser president and CEO. “It’s a great partnership because we provide the newest products and technologies, and Grant provides the inspiration and engineering expertise.”

The Robotics Challenge included activities such as a social media contest and Twitter party. Engineers worldwide shared and discovered the newest and most innovative ideas, and also helped Imahara choose the top engineering concept by voting online. The challenges have been quite popular, as they provide an opportunity for engineers to prove their genius and earn bragging rights as well as the chance to win some cool swag and prizes along the way.

“We wanted to give engineers a platform to brag about what they built,” says Hess.

The webisodes also draw on the expertise of component manufacturers’ in-house geniuses. A key part of the program was to bring in suppliers represented by Mouser to talk with Imahara on camera about the latest (and future) technologies and applications.

“We try to keep in touch with manufacturers to find out what they’re talking about, what kinds of technology trends they see coming down the road, and then we try to get that information out as best we can to all ages of engineers,” says Hess. “We made a targeted list of key manufacturers for each topic. Before I could really even begin talking about it, they said, ‘We’re in, what can we do to help?’”

The popular driverless car series, for example, captures insights from the Canadian Automated Vehicles Centre of Excellence, Mercedes, Cruise, Google, Delphi, AVX, ON Semiconductor, and Carnegie Mellon/GM. The Innovation Spotlight video features Grant and driverless technology engineer Paul Godsmark from CAVCOE as they travel to the future in a replica time machine from the Back to the Future movies to explore the future of driverless cars. Along the way, the video spotlight pulls in key visionaries from the industry to discuss the topic in depth. The comprehensive series includes accompanying articles, blogs, challenges, and other related technical content.

When asked if he was nervous while filming his part in the video, AVX’s Ron Demcko responds, “Absolutely! I wish there was a white board or some lab equipment around versus staring at a camera.

“The thing to take away on all these videos is that there are companies out there working on solutions to virtually all imaginable topics,” he adds. “Within those companies, there are large groups of engineers that are ready to help potential customers solve problems and create new products. In fact, those companies are changing the way electronics get applied and new products get developed. Imagination is more important than ever because the support structure to apply technology exists for the dreamers to call upon.”

Empowering Innovation Together will continue in 2016 with an emphasis on engineers at the top of their fields, more “how-to” information, and more news highlighting the innovations created by Mouser’s manufacturing partners.

The feedback has been quite positive. The videos on Mouser’s site and on YouTube are gaining momentum. As of mid-December, the automation webisode reached more than 65,000 views and the driverless car webisode, which had just been released, was already up to 36,000 views. The volume of tweets around the campaign is in the thousands, and Mouser added 8,000 new followers through 3Q15. 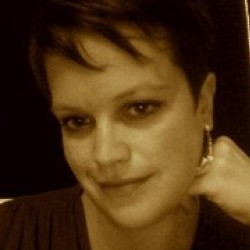